The Pros and Cons of Oculus TV

After Oculus debuted Oculus TV, their TV streaming service, there was a collective digital sigh from the tech community. Another simulated living room? Oculus is supposed to be the pioneer of VR experiences and it released the same product as Netflix VR and Hulu VR?

I understand that displeasure. As wishful thinkers, we tech heads are awaiting the day where we are no longer watching a show/movie. We’re actually a part of it. We want to be standing side-by-side with Eleven in Stranger Things, moving about freely in 1980’s Indiana. We want to control the camera point of view, carve out our own story, and be fully immersed. That’s the ultimate promise of virtual reality.

We expect more from Oculus on the road to this new reality but once you break down the strategy behind Oculus TV, the path to success seems clearer.

To help with that process, I’ve compiled the pros and cons behind Oculus TV.

Pros: Oculus TV Can Save Money and Space

Oculus TV is a free app for use by any viewer wearing an Oculus Go headset, which is priced at $199. When plugged in, viewers are welcomed by a massive, 180-inch screen and a handful of pre-integrated apps. Some of the apps included are the aforementioned Netflix and Hulu, Showtime, and Facebook Watch.

We’ve heard of cord-cutters; the generation of viewers who have ditched watching content through a cable connection in favor of streaming. In the simulated living room era, the TV-cutter is a possibility.

Oculus TV is meant for users who don’t want to drop a staggering amount of money on a home entertainment system.

Why spend hundreds or thousands of dollars on a flat-screen TV, media stand, and one or two streaming devices when you can get a version of the same with a simulated living room?

Pair that with Oculus Go’s $199 price point, and you’d be paying less for an entire home entertainment system than you would a 4K Apple TV. 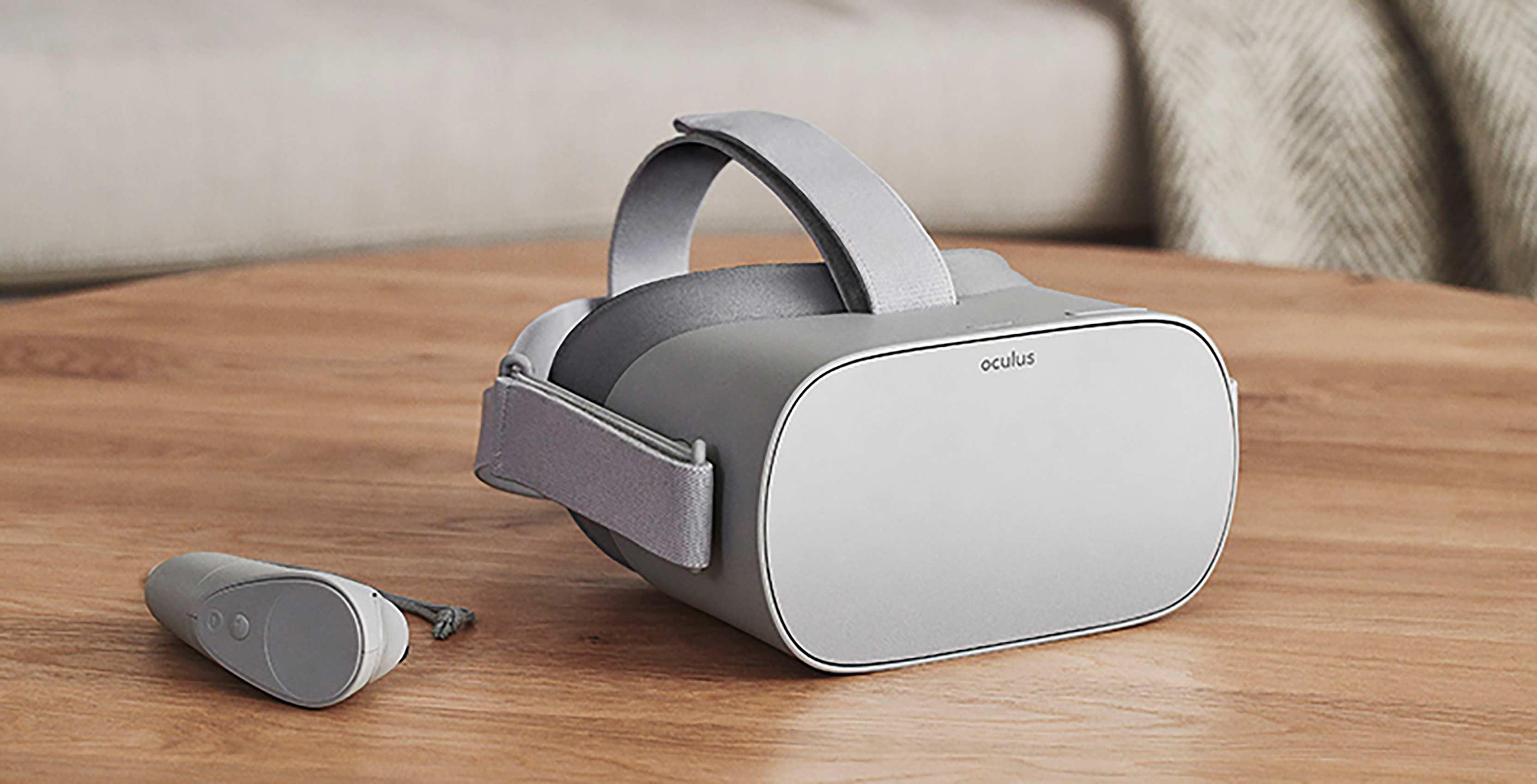 This option isn’t for everyone but put yourself in the shoes of a student living on their own or those on minimum wage. Oculus TV is giving budget-strapped viewers the luxurious living room on a dime.

Oculus TV isn’t even available on Oculus’ flagship product, the Oculus Rift. The Rift is used by diehard VR fans who are used to full immersion. A simulated living room would be a step down which is why the TV-cutter strategy makes sense.

Oculus TV isn’t in the business of providing the ultimate viewing experience. The reality is VR adoption is not mainstream enough for content studios to justify the production nightmare that would be a sandbox-style exploration in a show/movie. We as a society aren’t there yet but Oculus’ plan on catering to the next generation to cultivate mainstream adoption is a step in the right direction.

A simulated living room with a large screen is great for those on a budget…but that is a very tight niche. Once you look past that target, Oculus TV has some major cons that need to be addressed.

The viewing experience can be finicky when not handled properly. Strapping on a VR headset to watch video content means you are competing against the following:

Comfort encompasses anything that makes the viewing experience better for an individual viewer. Maybe it’s sipping on a glass of wine, maybe it’s spreading out on the couch. Whatever it may be, Oculus TV requires you to do that with a 1-2 pound headset strapped on.

Since Oculus TV offers Hulu, imagine a scenario where you’re gearing up to binge a season of The Handmaid’s Tale. Each episode is an hour-long, which means you’re in it for the long haul. Even if you have found the optimal seating position to watch the show and despite how sophisticated Oculus’ motion tracking and resolution is, it’s still not meant for prolonged use. Eye strain is a given. Watching TV is a source of comfort and impeding on that fundamental pro is enough to keep adoption at an all-time low. 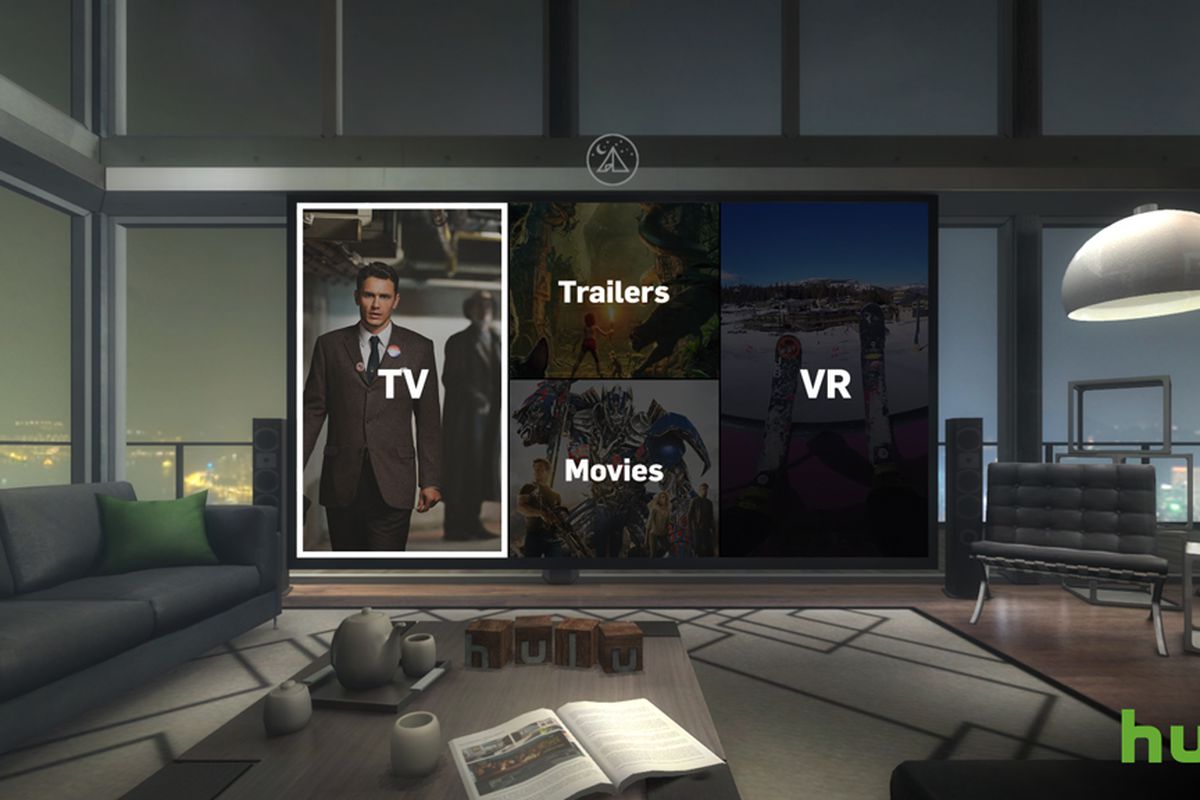 Societal comfort also plays a huge part. Oculus Go is touted as a mobile VR headset, so you can be immersed anywhere you go. Since VR adoption isn’t mainstream yet, you’re not going to find viewers strapping on a headset on the bus or at the park. It’s embarrassing. You’re most likely to use Oculus Go in the comfort of your — you guessed it — living room.

Viewers can spend their time in an infinite number of digital properties. TV has to compete for attention against mediums such as video games, social media, and messaging platforms. Multitasking when watching video is the norm.

A colleague of mine wrote this great piece on video advertising. In it, he dropped a jaw-dropping stat. When watching TV, 99% of Gen-Z and Millennials are multitasking.

It’s no secret that viewers browse their phone when watching TV. By strapping on a headset, Oculus TV is effectively canceling out that ability. If the VR experience is an interactive one, keeping the viewer’s attention isn’t an issue. Since that isn’t the case, Oculus TV is banking on a 180-inch screen outranking browsing Instagram or YouTube. Perhaps if the “V” beta for Rift is a success, it can make its way to the TV counterpart.

Oculus’ answer to sharing your viewing experiences with friends/family is Oculus Rooms. A space a user can create and invite other users to hang out. It’s a cool feature but better suited when users are situated in different locations. Having more than one user, who happens to be in the same room, in Oculus Go headsets is, in layman’s terms, silly.

Oculus TV is better suited for bringing viewers in when they can’t be with you physically. Wearing an Oculus Go headset in the presence of someone watching the same content as you is a barrier more than anything.

Is Oculus TV Right For You?

The answer to whether Oculus TV is right for you, whether you’re a viewer or content provider boils down to value. Value is the biggest roadblock for mainstream VR adoption — or immersive reality (IR) in general. If the value of the technology does not make tasks easier or enhance the experience then it’s a waste of time and energy.

As a content provider, you need to understand your audience’s needs. Yes, you can simulate a living room, but should you? Is that what your audience wants? Is that the best use of your development resources?

As a viewer, you need to figure out what value VR video streaming offers you. Investing in a media hub can be pricey and the option to scrap all of that for a $199 alternative is a strong one. Conversely, if you already have a living room setup that you’re happy with, Oculus TV can serve as a barrier to content, not an enhancer.

I’m curious to see how Oculus TV plays their hand in the coming years. Are they planning on riding the tv-cutter niche for the foreseeable future or is it temporary? Is a fully immersive experience in their immediate roadmap? If so, how will they address the limitations I listed above? Those aren’t just minor inconveniences, but rather, fundamentals in the TV-watching experience.

It’s not easy adapting users to a new dimension. Oculus TV has a better chance than most because of its sophisticated headset and backing by Facebook. Nonetheless, if Oculus — or any VR video provider for the matter — wants to truly break into the mainstream market, they need to revamp the user experience and give viewers an immersive standard that the future can be built on. Something that completely evolves what we get from our current living room setup today.

A Primer on Immersive Reality